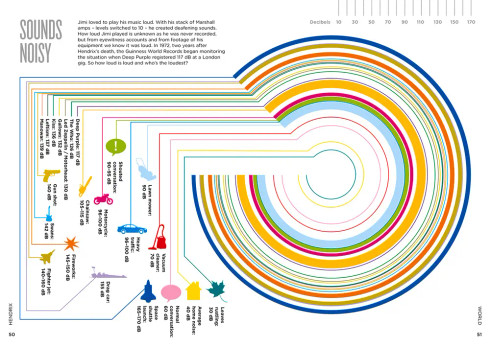 Hardcover - Gift Book /BIOGRAPHY & AUTOBIOGRAPHY / Music. Many people know that Jimi Hendrix (1942‚Äì1970) was a pioneering guitarist and songwriter whose electric playing and performances were at the heart of Sixties pop culture. What, perhaps, they don't know is that he trained as a paratrooper in the Army; that his first guitar cost only $5, while the guitar he set light to at the Monterey Pop Festival later sold for $380,000; that the Jimi Hendrix Experience recorded only 3 studio albums; and that he is one of many rock stars to have died at the age of 27. This book presents an instant impression of his life, work and fame, with an array of irresistible facts and figures converted into infographics to reveal the artist behind the music.
Made in United States